What I Want in a FPS: An Open Letter to John Carmack

Here are some updated thoughts (2013):  A long time ago (15 years), in a galaxy far far away (agn3d.com, long defunct) I used to write a gaming column.  One of the columns I wrote was an open letter to John Carmack of id Software. It was linked to from many of the larger gaming news sites of the time (bluesnews.com, shacknews.com, etc).  The interesting thing is . . . I received hundreds and hundreds of negative e-mails saying how the ideas where crazy and how I was full of it, how I was dreaming, and that what I was asking for would never happen.  Fast forward 15 years to 2013.

Go ahead, take a read. See how close first-person shooter gaming technology matches what I wrote back in July 1998, before Half-Life or Quake III Arena even hit the market.  Okay, I was wrong about the polygon part, but I still think that game design trumps graphics . . . even today.

Did John Carmack ever read it? Doubtful.

I’m addressing this letter to you because you are a (if not THE) pioneer in 3D engine technology; as such you are the person whose word carries the most weight in the gaming industry.

With your recent announcement that Quake III is being dropped in favor of Quake Arena, you’ve made it clear that your company’s focus will be on technology and multi-player games only…more specifically, deathmatch multi-player only. I also understand that the “single-player” mode will actually be multi-player battle against progressively aggressive ‘bots. This so-called “single-player” mode is fine and dandy, but before you completely blow off a true single-player mode and start focusing on deathmatch technology, let me bounce some ideas off you. Perhaps this is more of a discussion that is relevant to Trinity than it is to Quake Arena. Regardless, my points are valid for any upcoming 3D technology.

Here is a list of things I think should be developed in upcoming 3D engine technology, or included in the next generation of single-player 3D shooters. Obviously these do not all have to be implemented at once but can be incorporated in a manner that is both painless and technically feasible for each. 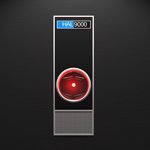 Improved AI (artificial intelligence). We’ve seen the claims. Have any of them panned out? No. AI up to this point has been a half-baked effort. Most companies’ definition of AI is “more” or “more accurate” or “tougher”; none of which challenge any apt player. Computer-controlled opponents should run when losing a battle, they should pursue when winning a battle, share resources when they run out of ammo, and call for reinforcements if needed. Opponents should not have unlimited ammo!! Computer AI probably falls more on the shoulders of the game developer than the technology developer, but AI will be included in Quake Arena in the form of ‘bots, so it is a relevant point. Half-Life is the next first-person shooter claiming sophisticated opponent AI. We’ll see if it lives up to its own hype.

Improved structural modeling. This isn’t too critical in multi-player modes. I don’t think too many people notice how attractive their surroundings are when catching a BFG-10K upside the head. But for single-player games, there is the opportunity to include improvements in this area. “Hit points,” for a better term, should be assigned to various structural elements. Walls should crumble when support structures are destroyed. Ceilings should cave in…on top of the player if they are unfortunate enough to be standing underneath. Players should have the option of expending firepower resources on structural damage as well as opponent damage. Actual material properties could be scaled with geometry to derive structural “hit points.”

Improved environmental modeling. For single-player games that encompass a given timeline, day and night cycles should be included. Random weather effects such as snow, rain, wind gusts, and blockage of sunlight by moving clouds should be included. The impact of various environment changes should have either a positive or negative effect on the player depending on the situation.

Improved mobility modeling. A player should be able to climb at a certain risk, jump over ledges and choose to roll, crawl along the floor or through narrow nooks, or sneak quietly around unsuspecting opponents. Running for extended periods of time should cause exhaustion…if not damage. Any type of mobility that enhances play for a given game should be included. Most of these improvements could be included through the use of typical role-playing type attributes such as classes, skill points, and experience points.

Improved co-op mode. Cooperative mode has traditionally been composed of two things. You shoot, or your buddies shoot. Sure, you cover each others’ back, and maybe get in an accidental frag once in a while, but co-op mode means just that…cooperation. How about sharing ammo? Swapping weapons or gear? Your buddy should be able to bind up those bleeding wounds so you don’t take any more damage! How about helping your immobile buddy who’s alive on the floor with leg injuries! Boost your partner up to that ledge you can’t reach alone. Throw a hand or rope down to pull him up. I don’t know how many times I’ve wanted to actually talk to the other players. I realize that this is slowly becoming reality (Fireteam), but it is certainly a must for cooperative mode gaming of any kind. Increased internet bandwidth will also contribute to improvement in this area.

Improved acoustic modeling. Most first-person shooters have no acoustic modeling. Sure, Unreal makes cool echoing sounds when you fire in a cavern. This is not what I’m getting at. Opponents should have different levels of auditory sensitivity. The player should be able to enter quiet mode, or listen at doors for sounds, or even hear the approach of an attacking enemy. I don’t know how many times I’ve been fragged by someone (something) that has run up behind me and placed a rocket in the back of my head! Acoustic modeling could be accomplished by sound pressure levels, environment geometry, and material properties…sound propagates faster through water and reflects more cleanly of smooth surfaces. Support for true 3D sound or surround sound would also make a game a more realistic experience.

More polygons do not = a better game. Many people are hung up on polygons. We need more polygons! We need more polygon crunching cards! No. The number of polygons does not make the game. No one notices the number of polygons required to construct a baddie in Quake II when they are running around fragging their hearts out. I believe there will be one more iteration on the polygon count area. Trinity may be the pinnacle of the polygons…you could probably answer that better than me. How smooth do we need our characters? And at what cost? If we ever approach the point where 3D modeled characters start looking like real humans, that is the point it ceases being a game. Part of what makes a game a “game” is the cartoon quality of the environment. The development time and resources required to make near human-looking models that are rendered in real-time would be extremely prohibitive in today’s cutthroat gaming business environment.

Improved internet play. This is a biggie and applies to both modes of play. This is more a function of your local connection or internet congestion. As the speed of the web increases the playability of internet-based games should improve. Hopefully, the code that comprises the internet play will not spiral ahead of the upcoming increase in internet speed. If it does, then online multi-player games will never make it into the mainstream. At some point, bandwidth must exceed load for online gaming to become huge!

Deathmatch does not a game make. I’m probably going to get slammed for this one. I think it is underestimated how many people out there buy the games for the single-player experience. Up to this point, there has only been one company that has been able to pull off not one, but two successful single-player 3D shooters. I’m speaking, of course, of LucasArts (Dark Forces, Jedi Knight). The reasons: 1) They know what they’re doing. 2) They’ve got the ultimate license vehicle in Star Wars. Whether or not a person has ever played a 3D shooter, they can identify with the story. For a lot of people, deathmatch is not a viable option due to their slow internet connection (see above). I play Quake II deathmatch exclusively on a LAN these days…at least until I get my ADSL line installed next month. I was getting sick and tired of playing an awesome game on a pathetic connection. Deathmatch appeals to the hardcore gamer. Single play and co-op appeals to the traditional gamer. Now ask yourself: what is the ratio of hardcore to traditional gamers? I’m taking a stab that it is something greater than 1:3. Just look at all the copies of Myst and Microsoft Arcade that have been sold. If you want to maximize your sales, you have to market to the traditional gamer.

What’s this going to cost? It’s hard to say…but I’ll take another stab. It’s probably going to cost a lot of processing power, development time, and money. Processing power is the one problem that will probably be the easiest to solve thanks to Moore’s Law and increasing competition in the processor industry. The rest are intangibles that are difficult to predict until the gaming industry hits the elevated level of development that it will surely encounter.

I realize that the inclusion of many of the elements listed above will cause a major paradigm shift in the way games are designed, scripted, and how project leads manage development resources…but that’s a topic for another column. Single-player 3D shooters will no longer be the linear “enter, blow stuff up, and find the exit” games they are now. Hopefully, they will be story-rich, interactive pieces of fiction where the player controls the action.

Anyone can do deathmatch! Don’t get me wrong. Deathmatch and single player can exist side by side, but probably not in the same game. If both are included in a game, there is a sacrifice to each. So I applaud your decision to focus on a deathmatch only version of Quake…but remind you to keep these topics tucked in the back of your mind while developing the Trinity engine.

Are there any upcoming games that showcase both modes of play successfully? Nope, doesn’t look like it. Half-life looks promising, as does Requiem. Unreal is beautiful to look at, but has some serious multi-player problems and is a typical single-player experience: “blow stuff up.” Who will be the champion of single-player 3D shooters? Hard to say at this point, but it looks like Quake II and the upcoming Quake Arena will be the kings of deathmatch…which is fantastic.

The challenge now is to make more realistic and challenging single-player and co-op games with gripping storylines and characters. I can’t wait…because the sky’s the limit.  I wish you luck and success with Quake Arena! I appreciate your time and look forward to your comments.

Neverwinter MMO Free to Play – Save Your Money