Review: The Prefect by Alastair Reynolds 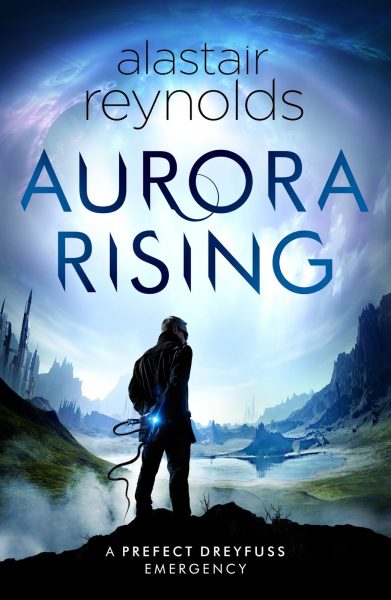 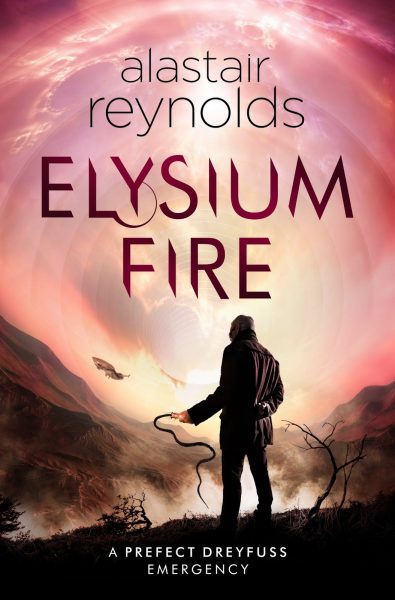 Before delving into the Revelation Space universe I first suggest perusing the chronology and consider reading the books in order.

This is Part 2 in my series of reviews focusing on the Revelation Space future history books by Alastair Reynolds.

The Prefect by Alastair Reynolds 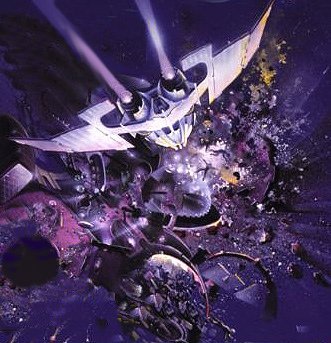 This review is specific to the first full length book in Reynolds’ chronology . . . namely, The Prefect.  The entire narrative takes place on or in the Glitter Band orbiting the planet Yellowstone.  Yellowstone itself orbits the star Epsilon Eridani, one of Sol’s nearby neighbors at a scant distance of 10.5 light years.  The Glitter Band is an orbiting ring of artificial satellites numbering near 10,000.  Each of these satellites comprises a sovereign “nation” of anywhere from a few hundred humans to upwards of a million, depending on the size of the habitat.  The entire orbiting Glitter Band itself is resident to some 100 million humans.

Yellowstone, its domed Chasm City, and its orbiting Glitter Band represents the height of human achievement, a new Golden Age of human civilization.  The Panolpy, and its prefects, ensure that the voting process that works between all the habitats, and runs over an advanced computer network that links all the habitats of the Glitter Band as well as settlements on Yellowstone, operates smoothly and fairly.  Voting anomalies cause Field Prefect Tom Dreyfus and his deputy Thalia Ng to investigate a habitat suspected of polling violations.  Shortly thereafter the Ruskin-Sartorious habitat is destroyed by the drive shock of a Conjoiner spaceship engaging its engines too close to the habitat.  Almost 1000 citizens are killed.  Was it an accident or a deliberate act?

From this point forward the plot begins to branch off in to several threads that seem to be divergent, but in reality are not.  Thalia is sent to several habitats to upgrade the software used in the polling computers to ensure voting violations can’t happen again but unknowingly plants a virus that opens the planetary network to attack.  Tom begins to interview digital backups of citizens who lived on the destroyed Ruskin-Sartorious habitat, but there are holes in their personalities because their backups had to be pieced back together, and their backups were not completed immediately before their habitat was destroyed.  Within Panolpy a traitor begins to work behind the scenes to sabotage their investigation at every opportunity.

But their investigation is not your run of the mill, CSI type of investigation.  Along the way Tom and Thalia encounter:  computer copies of human personas, two artificial intelligences that originated as human personas, millions of swarming war robots created in matter forges fueled by human bodies (and other random debris), beheading, torture, murder, nuclear destruction, and attempted genocide.  The impetus for all of this conflict?  An antagonist, who thinks he/she is a protagonist, uses the enslaved minds of Conjoiners to look in to the future where he/she sees a destroyed Glitter Band.  In his/her mind everything that results from this is justified in an attempt to save the Band from its inevitable downfall.  Is the Glitter Band saved?  If you know anything of the Revelation Space universe (and the following books, chronologically) you know the answer is no.  This is not a spoiler, one only needs to read the back cover of Chasm City to find out. 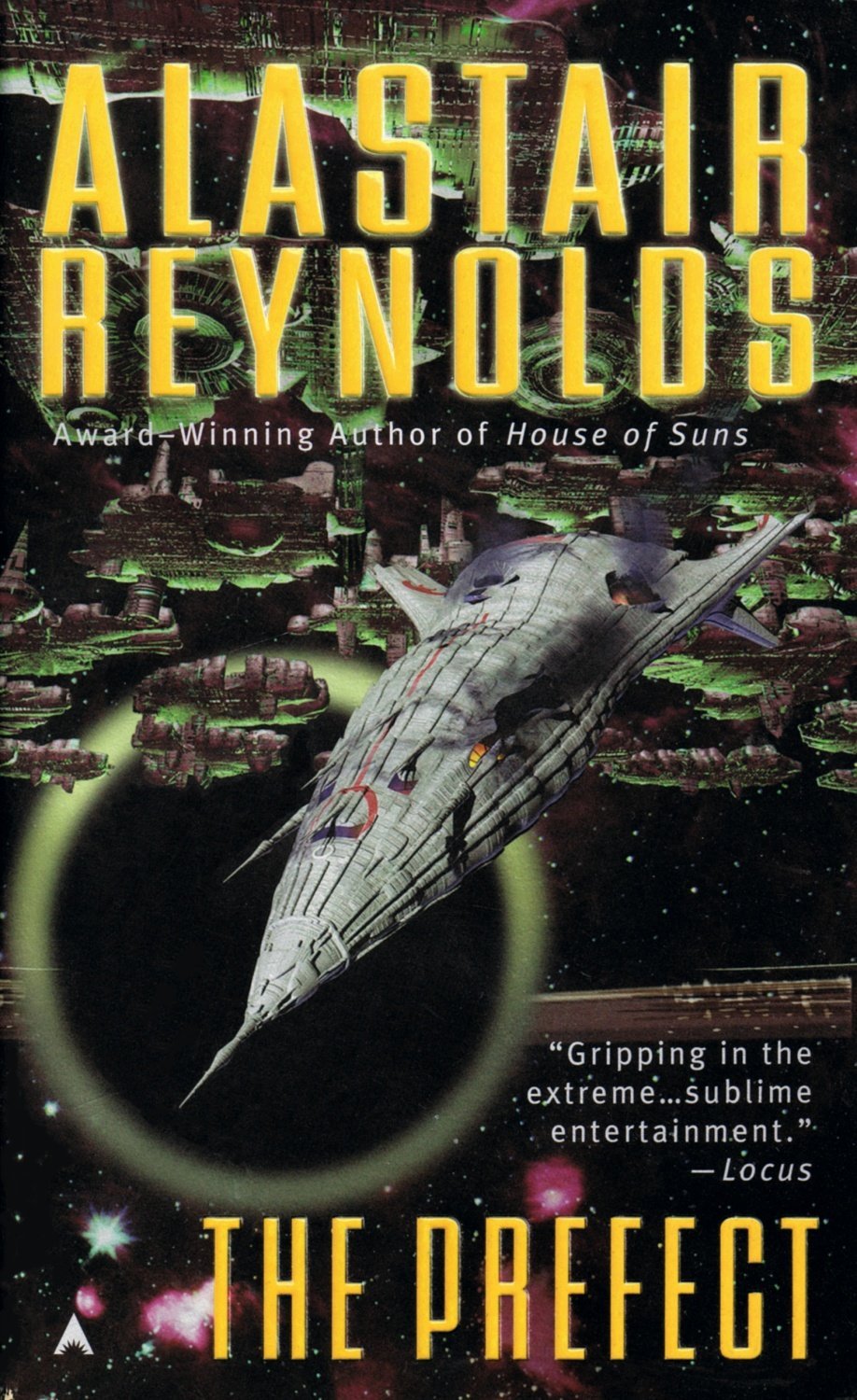 But, I must stop here.  If I delve any further in to the story I shall begin to reveal too many details.

Reynolds throws a dizzying array of plots and characters at us as we navigate the paths of this dark, futuristic, noir police procedural.  Granted, not many police procedurals have the action and themes described above, but that what makes The Prefect work and stand out from what might be a bland and dry investigation story.

There are two elements of The Prefect that I didn’t care for or thought could have been improved.

1) The Thalia Ng sub-plot.  The entire middle section of the book involving Thalia stuck on a habitat that comes under control of the computer virus was, well, rather bland.  I understand that it was there to show us how the antagonist was using the habitats to build an army of robots.  But the segments were too long, and Thalia’s situation in the habitat and her eventual escape did nothing to progress or resolve the overall story.

2) The Clockmaker.  There’s absolutely nothing wrong with this minor character except that I wanted more!  I wanted to know his (its) entire back story.  If Reynolds wrote an entire novel detailing this character, both before and after the events of The Prefect . . . I would be one happy camper!  To tease me with such an interesting, while at the same time vague, character was cruel.

Those are my only real complaints about The Prefect, and they are minor ones.  As a whole the novel works great.  It moves fast, is rife with twists and turns, introduces new concepts and technology to spice up the narrative, and has a suitably satisfying ending.  Though I still wanted to know more about the Clockmaker.

Is The Prefect perfect?  Nothing rarely is.  It does have some pacing problems in the middle, and the reader is left with some doubt as to whether all the plots will resolve at the end.  The Thalia sub-plot in the middle act is a little slow and unnecessary.  But The Prefect is a compelling full novel start to the Revelation Space universe that possesses a tone that dovetails nicely in to the four short stories that precede it chronologically.