The Martian Chronicles has been a book long in the reading for me.  I’ve known about it since I was a kid.  I watched the terrible, terrible 1980 mini-series (video link).  I’ve owned a 1970 version of the paperback (pictured below), that I picked up at a used bookstore, staring back at me whenever my eyes happened to lock with its cracked spine.

The excitement of pulling a newer book off the shelf must sometimes be tempered by the requirement that any well read fan of science fiction is also obligated to read the classics from time to time. This is one classic I neglected to read for many years.

The Martian Chronicles is not so much a novel about the colonization of Mars, but more a collection of stories and vignettes inter meshed by a common theme.  It’s a book about characters and ethics.  It’s not a book about big ideas or hard science.  It’s a book about the extinction of a race, the arrogance and hubris of humans, and Bradbury’s overt fear of the atomic age.

Humanity is not painted in a fair light in any of the stories.  Over the span of the six decades covered in the book, we create the threat of atomic war on Earth causing explorers to come to Mars.  We cause the extinction of the Martians by spreading chicken pox (paralleling what Europeans caused to happen when coming to the New World).  We have an atomic war on Earth, destroying much of it and causing humans to vacate Mars leaving their shacks and garbage.  And ultimately, in the end, humanity returns to Mars and become the last Martians.

It’s clear that Bradbury had issues with racism, the atomic age, imperialism and other hot issues of the day.  The Martian Chronicles was his outlet to communicate those fears, and he does so quite effectively with this collection of parables. 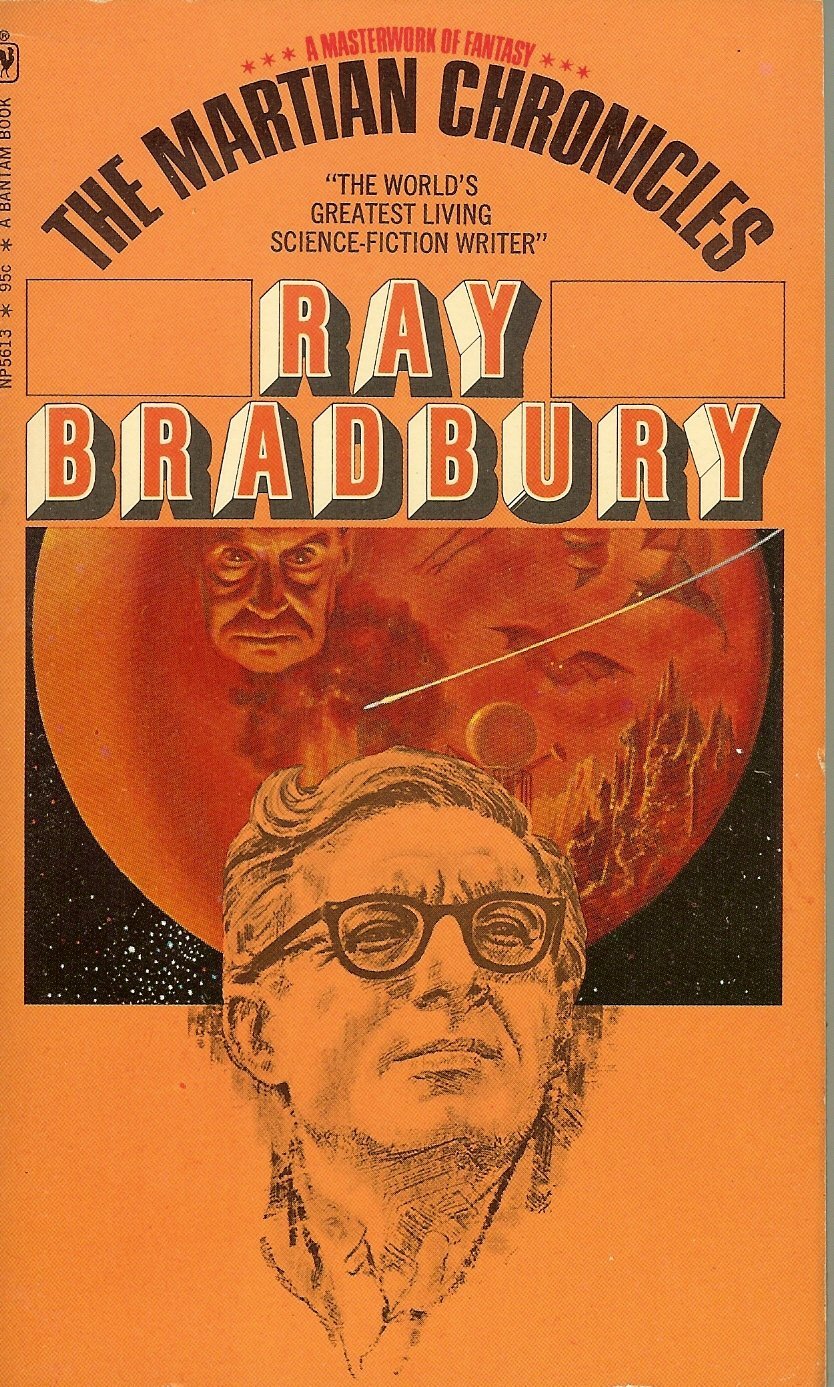 Leaving behind a world on the brink of destruction, man came to the Red planet and found the Martians waiting, dreamlike. Seeking the promise of a new beginning, man brought with him his oldest fears and his deepest desires. Man conquered Mars—and in that instant, Mars conquered him. The strange new world with its ancient, dying race and vast, red-gold deserts cast a spell on him, settled into his dreams, and changed him forever. Here are the captivating chronicles of man and Mars—the modern classic by the peerless Ray Bradbury.

Two stories really stood out for me from this collection.

Way in the Middle of the Air:  The story about African Americans marching through a southern town on their way to board rockets to leave Earth.  Old white men stand on a porch spewing racial epithets, worrying about who was going to sweep their floors, clean their houses, cook their dinners, and how their evening entertainment of lynching blacks would be ruined.  It was a shocking story to find in a science fiction collection.  Certainly not one I was expecting, and it certainly says something about the times it was written in.  The risk Bradbury took in writing and publishing it must have been significant.

This story was eliminated from some modern reprints.  I’m not certain why, because while it does portray blatant and ugly racism it’s clear that the message is one decrying racism by portraying it in a glaringly negative light.

Usher II:  An interesting take on The Fall of the House of Usher, and a bit of a prequel (as written) or sequel (chronologically) to Fahrenheit 451.   Many of the themes in Usher II are the basis for Fahrenheit 451.  The state dictating what you can/cannot read, watch, consume.  The builder of the house on Mar leaves Earth because the government seizes and burns his precious book collection.  F451 was written right after Chronicles, so it’s clear that Bradbury was noodling around the story of book banning and burning while writing Usher II.

Bradbury has a way with words. It’s magical prose. Whenever I read one of his books/stories I see visions of a shady porch with a cold glass of lemonade sweating in the heat, while someone gets murdered inside the house; orange and umber leaves crunching under feet during a frosty October morning, as atomic bombs fall from the sky; hearing the sound of laughter playing kick the can with friends on a twilight evening, while a monster hides in the bushes nearby.

Review: The Gods Themselves by Isaac Asimov