Nova was published in 1968 before Samuel R. Delany entered his more experimental writing phase, beginning chiefly with the monstrous Dhalgren.  It’s a tale that can be consumed and interpreted in several ways.  As a mythological quest that parallels the crazed and obsessive Captain Ahab in Melville’s Moby-Dick.  As a straight up rollicking space opera rife with galaxy tripping adventure and forward looking cyberpunk themes.  As a tale of corporate and political power used as a backdrop for familial revenge.  Or all of the above. 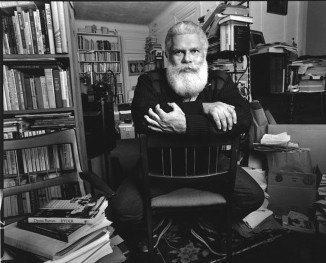 Nova is an oft overlooked novel of the genre despite being nominated for a Hugo Award for Best Novel in 1969, eventually losing to John Brunner’s Stand on Zanzibar.  The influence Nova had on the subgenres of space opera and cyberpunk can still be felt today, and the work was often lauded by Delany’s peers over the years.  For over a decade it fell out of print, but it’s now available, albeit with a much more abstract and boring cover presentation than the copy pictured below.  The good news is that the classic edition below can easily be picked up at used bookstores for next to nothing.

A passion for vengeance drove Captain Lorq von Ray to dare what no mortal had ever done–to sail through the splintering core of a disintegrating sun.  Von Ray’s obsession drew aimless souls in to the vortex of his madness–wandering adventurers who would plug into any ship that promised escape . . .

As alluded to in the opening paragraph Nova is concerned with the quest of the disfigured Captain Lorq Von Ray and his conflict with the wealthy Red family, namely Prince Red.  Lorq was born in to a wealthy Pleiades Federation family, while his rival Prince Red was born in to a wealthy family that resides in the corporate controlled Earth-Draco government.  Whoever controls the most of the exotic mineral Illyrion will sway power to their side and thus have more influence over the even younger Outer Colonies.

Illyrion powers society (and FTL travel) in the 32nd century, and Lorq is in a race with Prince Red to gather a massive amount of it from the heart of Hell itself…to sail through the splintering core of a disintegrating sun, a nova.  To do so would shift the center of power in the galaxy.  The impetus that drives this rivalry and race stems from events that take place both in Lorq and Red’s past, when they were childhood friends living lives of opulence.

Captain Lorq recruits an eclectic and colorful crew to assist him in his quest, but they are unaware of the true nature of their mission.  Here’s a partial list of the crew of the Roc:

Captain Lorq Von Ray – The obsessed captain of the starship Roc, consumed with a madness powerful enough to shift the power of the galaxy in his attempt to satisfy his revenge.

Sebastian – A golden haired man who travels the stars with his Tarot reading mate (Tyÿ) and six black taloned beasts.

Katin – The intellectual.  Katin is Harvard educated and loves the silent moons of the universe above all the powerful suns and gaudy planets.

Idas & Lynceos – Twins from the Outer Colonies, one black, one albino.

Delany tells this tale via numerous time shifts, sometimes multiple times within the same chapter.  Nova spans the years 3148 to 3172 and has encounters on several planets, as well as adventures aboard the Roc itself.  It’s a short novel and thus moves very fast.  The downside is that it provides little length for additional world and character development, and the characters are extremely compelling.  Regardless, the amount of concepts, characters, adventure, and themes that Delany packed in to this early space opera is impressive.

One of those concepts is a precursor to the cyberpunk movement/genre.  In Nova pilots and navigators of starships are modified with cybernetic implants which allow them to plug directly in to their starships in order to fly them, control them, sense the space around them, and monitor systems.  These are concepts well ahead of their time and are still used today over forty years later.

Revisiting the ways you can read this book, my favorite is to just soak it in as an original space opera before space operas were really a thing.  But there are other options for all readers.  There are social issues sprinkled throughout because Delany was afraid to write about these issues directly early in his career due to his sexual orientation.  There are themes of mysticism and Tarot reading.

Whatever way you read it Nova still reads fresh 45 years after it was published.  It’s a fairly obscure work of science fiction, even for those knowledgeable of the genre.  Many may have heard of if, but few have read it based on my experience.

I recommend you pick up a copy (new or used) and give it a shot.