Joe Haldeman is one of my favorite and most read authors.  The first book of his that I read was There Is No Darkness, a coming of age military SF novel penned with his older brother Jack C. Haldeman II.  I read Darkness sometime around 1984 . . . 30 years ago!  And of course he wrote one of the most classic SF novels ever, The Forever War, which is widely believed to be a re-telling of his Vietnam war experiences in a space opera form.  Haldeman is the recipient of five Hugos and five Nebulas, along with various other awards in SF literature.  He’s a giant in the field.

But unfortunately with the release of the Marsbound Trilogy his star seems to be waning.  Not that the trilogy is tragically bad, but it falls far below the standard one expects from one of the masters of science fiction storytelling.  Yes, certain aspects of the trilogy are tragically bad, but as a whole it’s a pretty average trilogy. 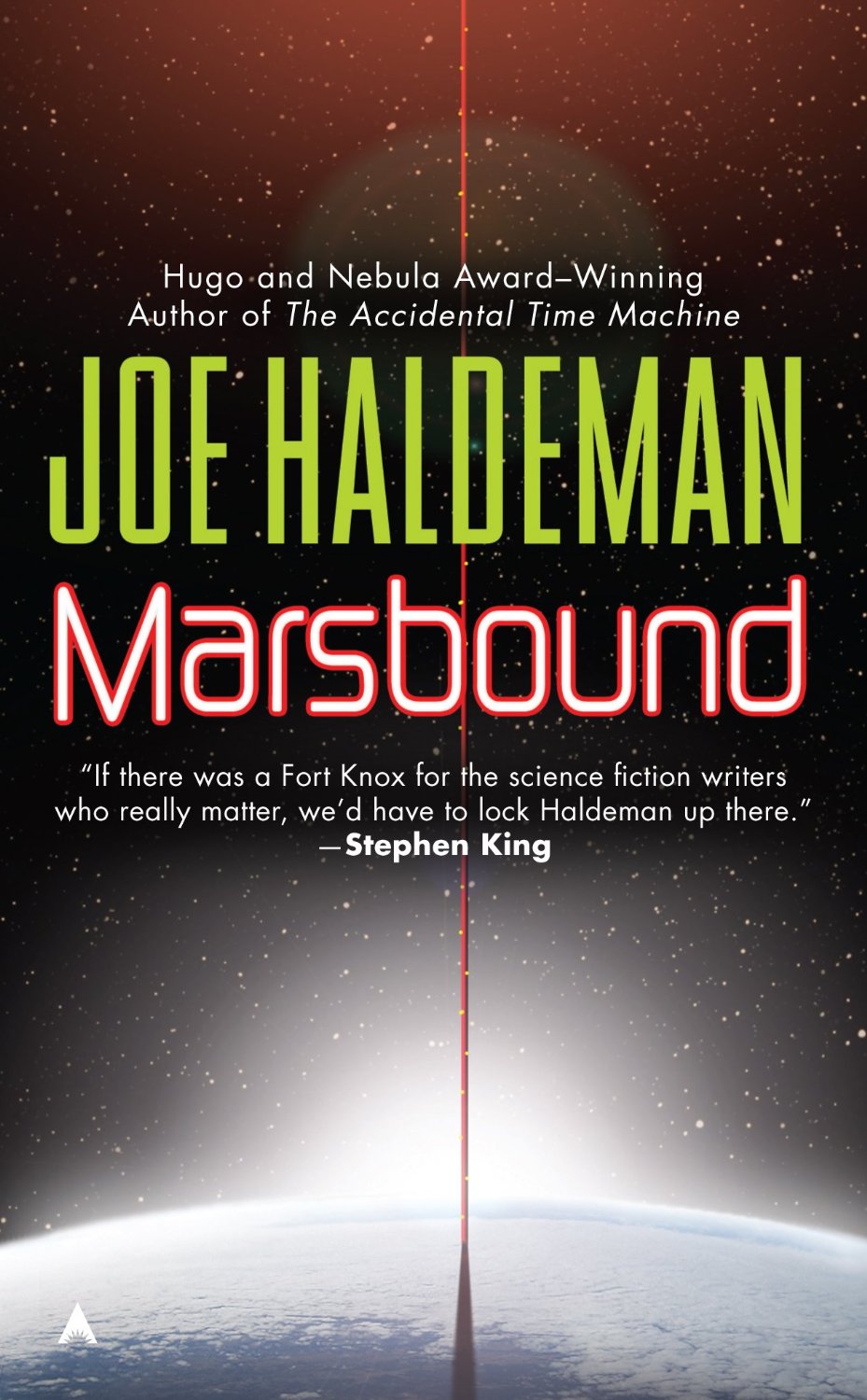 In a nutshell Marsbound outlines the adventures of a teenaged Carmen Dula as her family travels to Mars where she accidentally discovers aliens who have been hiding there for thousands of years waiting for humans to contact them.  The humans later find out that the “Martians” were actually created by, and controlled by, The Others, a mysterious race of beings that are light years away, and light years more advanced than humanity (to the point of being almost god-like), but are for some reason afraid of humanity.  I’ve never understood this science fiction trope.

Marsbound is the best of series, but that’s not saying much.  It’s told from the first person point of view of a rebellious and horny Carmen as she defies pretty much every rule placed in front of her, much to the detriment of the other human’s on Mars, as well as humanity back on Earth.  The storytelling actually progresses a plot here, unlike the two follow on novels.  Haldeman uses his always efficient prose to whisk us on to Mars, and perhaps beyond.  This could have been a fairly good setup for a fun trilogy.  Alas, it was not to be. 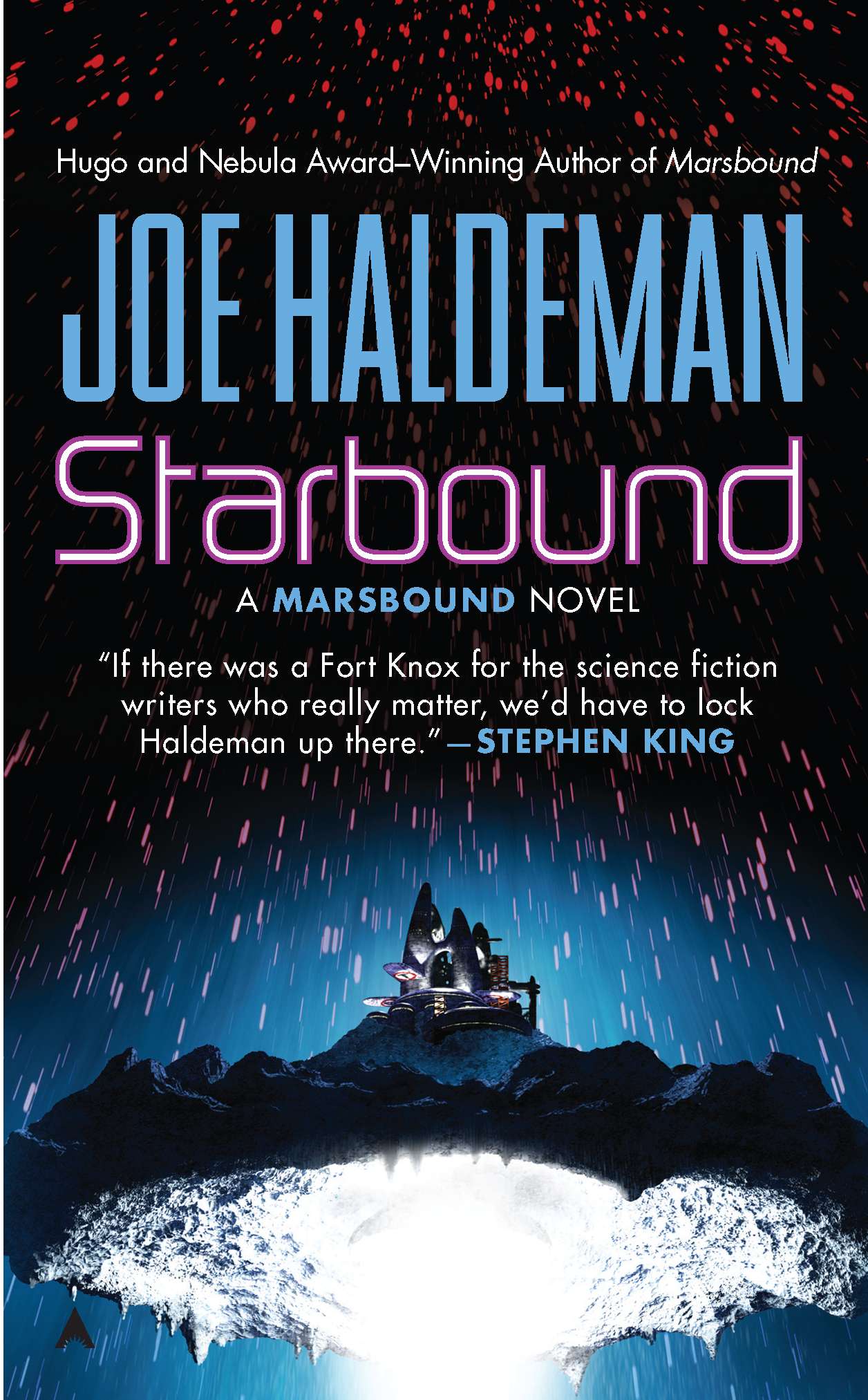 In the second installment, Starbound, Carmen and gang board a sublight ship to travel to Wolf 25 to meet The Others. The journey for them will only take a few years, while decades will pass on Earth due to time dilation effects.

Starbound is a literal (and literary) train wreck.  First, every chapter is written from the first person point of view of one of the characters, and it switches every (short) chapter.  This is a departure from using Carmen as the primary storyteller in Marsbound.  I wouldn’t have a problem with this, but half the time I had no idea which character was actually doing the first person narration, because Haldeman doesn’t provide any ample clues via dialogue or narration, sometimes not until well into a chapter.  After half the book is done I started to get a feel for who was narrating, but it wasn’t always obvious.  Really, REALLY frustrating writing because I often felt lost.

Secondly, the first half of the book is abysmal, involving the characters on a mind-numbingly boring journey to meet the “Others.”  We get to read about the excitement of a noisy air duct, tales of how the Martians love to swim in water, what classes Paul is taking . . . zzzZZZzzzz.  To spice it up Haldeman has the characters (all married) spend the entire trip screwing one another, while secretly lamenting that each other’s spouses are also screwing other people.  It’s takes a very reprehensible (and unlikable) person to do these things, then display the hollow emotions that they do . . . but continue to do it themselves.  It made me want to see the ship plow into a random star on the way to Wolf 25 and burned to ash so I’d never have to read about these people again.  The entire “free love” garbage just fell utterly disjointed, completely unnecessary, and out of place to the storytelling because it had absolutely zero bearing on what was happening other than to introduce some drama during the many years long journey.  It read like a really bad soap opera (yes, that statement is redundant).

Thirdly, the story is driven mostly by dialogue.  An overly heavy technique, that I’m not particularly fond of, that makes a story feel as if it’s just a group of people sitting around a table talking the entire time.  Ugh.  John Scalzi is becoming guilty of this, and I no longer read his books anymore because of it. 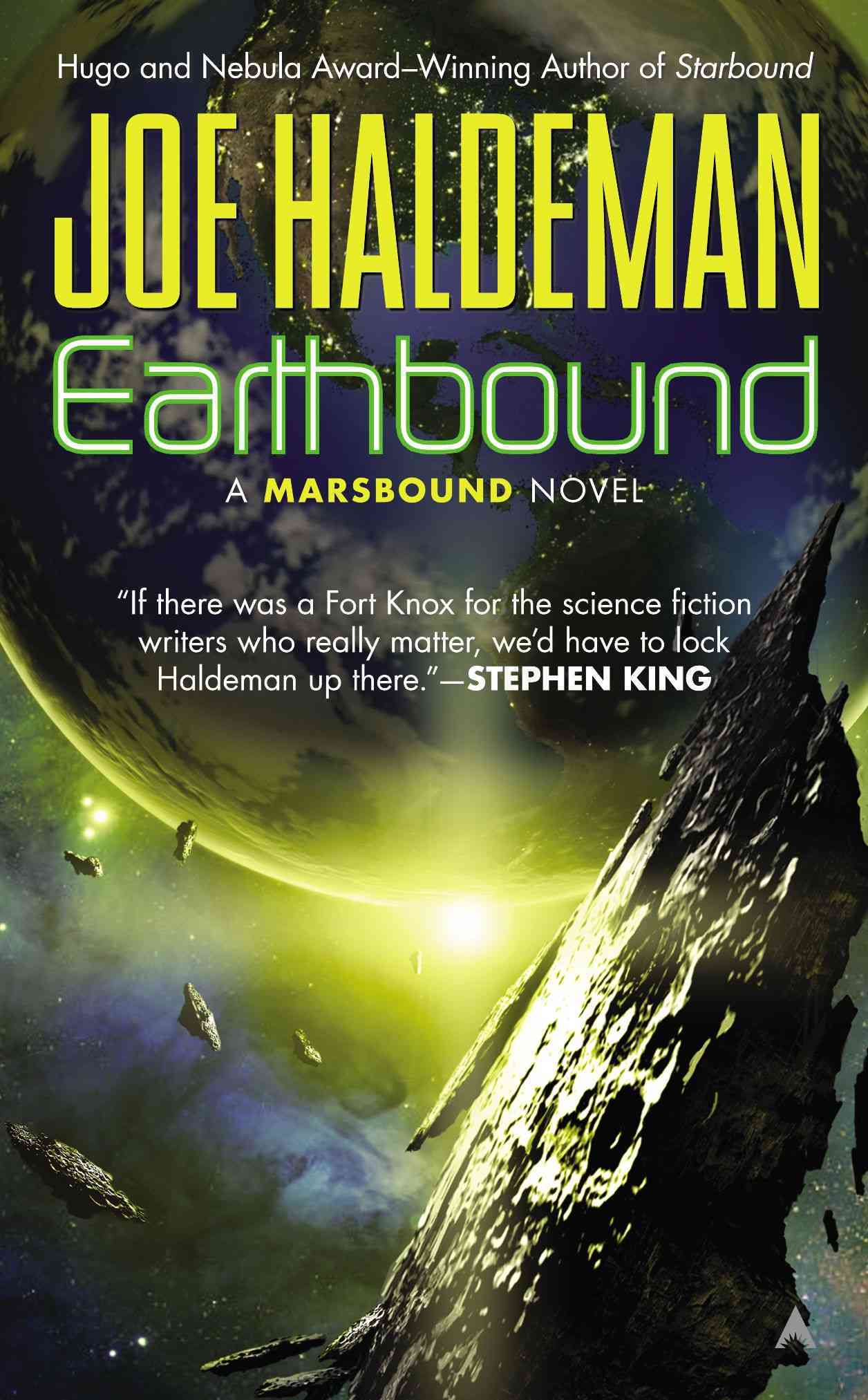 The third installment, Earthbound, finds a fully matured Carmen back on Earth trying to survive The Others’ punishment that is being doled out.  Punishment that basically binds humanity to Earth.

Earthbound returns to Carmen as the primary  narrator as she and gang wander the west coast trying to survive in a world devoid of technology.  It reads like a hastily written survival novel.  The problem here is it’s just a hodgepodge of situations strung together that resolve nothing and progress nothing.  Who are The Others again?  Why are they doing this again?  Why are you flying your plane around (while you still can) to meet a man in a bookstore, knowing full well you may not be able to fly your plane tomorrow?

As the pages began to dwindle in Earthbound, I kept asking myself how he was going to end it, because no ending really seemed forthcoming.  And sure enough Haldeman resorts to the “Hey, let’s drive off the cliff and just end this now!” ending.  (sigh)

I can’t recommend the Marsbound Trilogy.  It’s a seriously flawed piece of science fiction, with gaping holes, meandering plot, unlikable characters, and some prose problems.  I was really excited to finally read this based on the premise and the fact that Joe Haldeman wrote it.  But it did not deliver the goods.