After years of putting it off I’ve finally decided to delve in to Alastair Reynolds’ Revelation Space future histories. I don’t partake on these extended literary journeys lightly. I first read Revelation Space when it came out in 2000. When I concluded the final chapter it was glaringly obvious that it was the first part of a trilogy or series. I liked the work quite a bit and deemed that this was a universe I wanted to delve in to more so I put it back on my overloaded shelves . . . and waited. Why? Because I find it hard to immerse myself in settings/stories that get stretched over multiple decades in the telling. I’d rather have all works complete and accessible before diving in.   See: The Wheel of Time series which took 23 years to complete, and sits on my shelf, now, at long last, ready to be read.

It’s just an odd idiosyncrasy I have.

Thirteen years later it looks like it’s safe to delve back in to this future history as Reynolds has moved on to his Blue Remembered Earth setting and appears to be done (for now) with his Revelation Space writing. The next question is: In what order do I read these works? I decided to tackle the 5 short stories, 8 novellas, and 6 novels in chronological order, as opposed to published order.  With a little research I was able to map out the Revelation Space chronology.  Some of the years may not be exact, but I believe the order is correct. 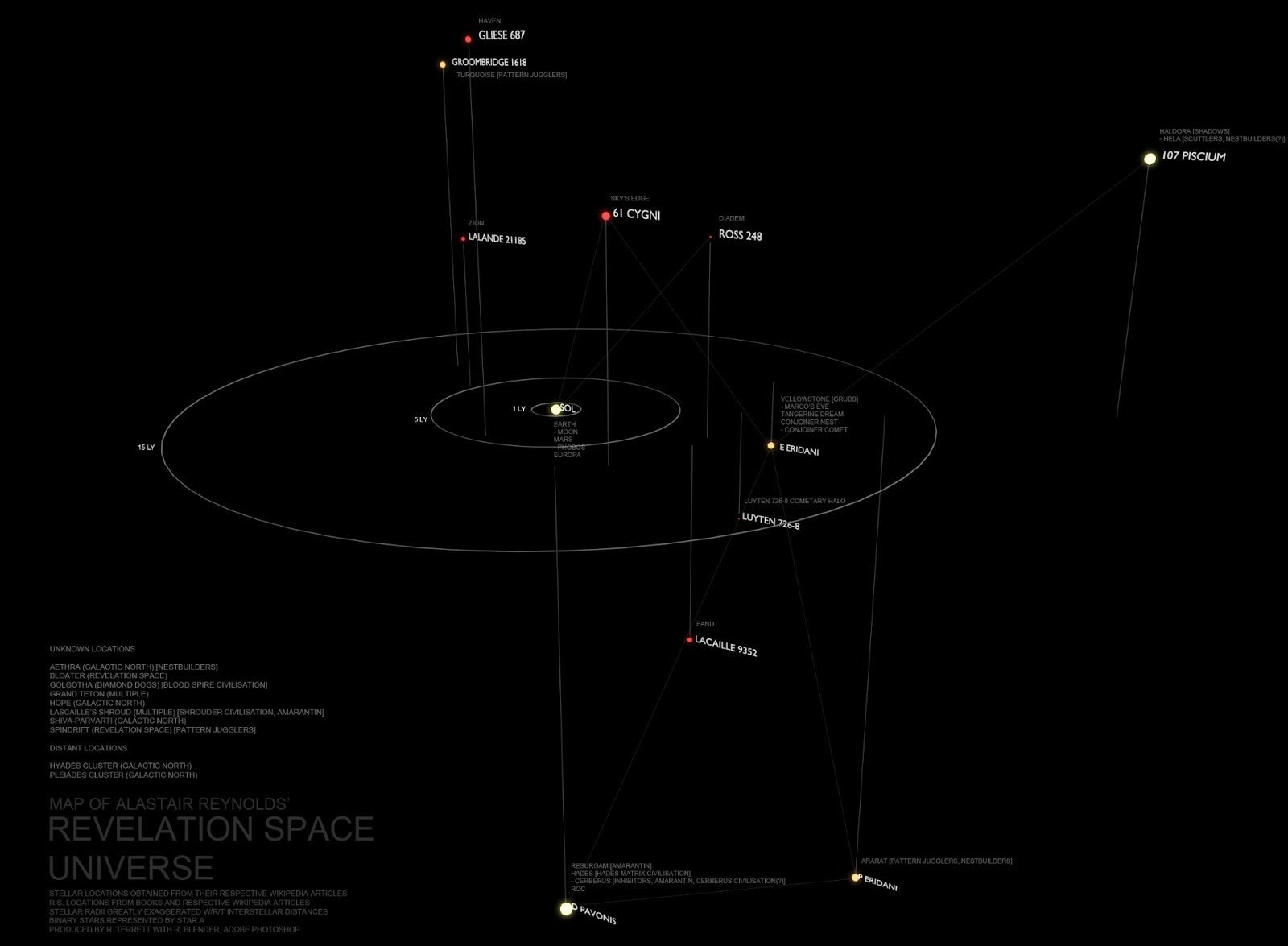 Click through on the story titles for full reviews.

Here’s a timeline infographic I ran across on Facebook.  I don’t know the origin as it was uploaded and not linked.  Regardless, it’s a good graphical representation of the timeline.  Note that it’s missing The Last Log of the Lachrimosa, and the short stories from Galactic North are not laid out where they should be on the timeline. 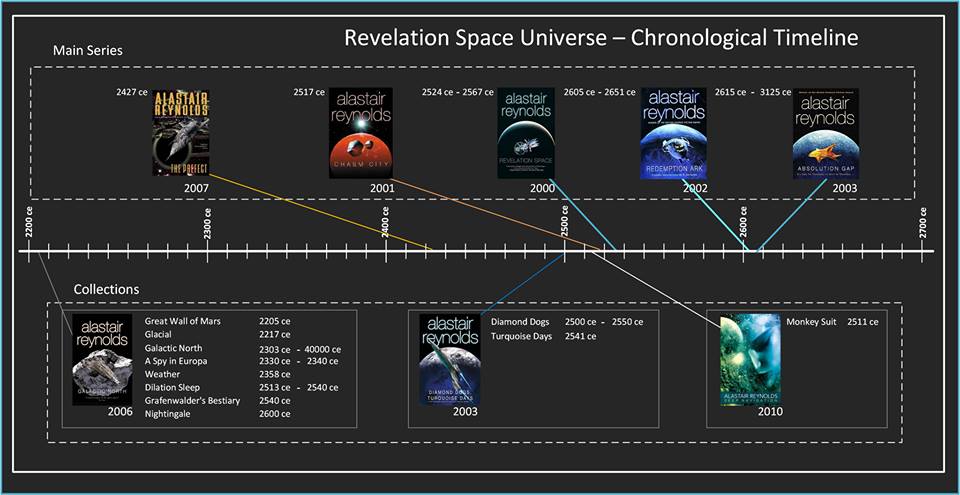