The name of the entirety of the Vek empire or civilization. All of the Primacy resides in Aegis 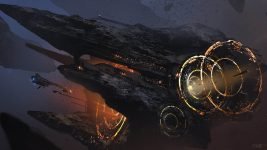 The Aegis is the flagship of the small Vek Primacy. Since the Vek are an interstellar nomad race the Aegis also serves as their primary home and base of operations. It takes the form of a massive aste... or the multitude of ships that sometimes swarm it or are inside it. Exceptions are those Vek who are exiled by decree (or choice) but have been disconnected from the Unity 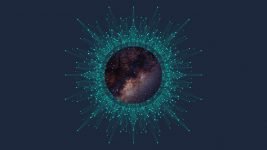 Vek, being the first offshoot of the Transcendentalist movement dating back to the 23rd century prior to the Transcendental Wars, believe in unlocking their biological potential by augmentation. There... and are out amongst the stars.