blind·sight
blīndsīt / noun / the ability to respond to visual stimuli without consciously perceiving them.

It’s been an age since I’ve written a book review or any review for that matter, but as I’ve just finished Blindsight by Peter Watts it has compelled me to dust off the keyboard and pound fingers to plastic for a few hundred words.

Good science fiction entertains. Cerebral science fiction questions. Great science fiction does both. Blindsight is great science fiction. At its basic level, it’s a tale of humanity’s first contact with alien life, while at the same time aspiring to be so much more. Under the layers, it’s a treatise on the effects of consciousness, intelligence and instinct on the human condition, and those differences in the aliens we encounter.

Watts’ thesis, backed by copious references at the back of the book, seems to say that human progress has been stunted by our consciousness and our continued struggle with self-doubt, second-guessing, and yearning for validation in nearly every endeavor we undertake or decision we make. Can intelligence exist without consciousness, without self-awareness, and without the baggage that self-awareness carries?

The aliens encountered in Blindsight suffer no such malady of consciousness. And it becomes clear to the crew of the Theseus, the ship sent out to make first contact, that humanity is outmatched by a species that doesn’t even understand the concept of malevolence, but whose actions appear no less so.

But before the reader gets to contemplate the weirdness of the aliens encountered in Blindsight, they are first presented with perhaps even weirder humans. The year is 2082 and vampires walk the Earth, resurrected from the prehistoric DNA of homo sapiens vampiris, having genetic aversion to Euclidian shapes (crosses for example), and can computationally run circles around baseline humans. Human minds can share and occupy one body. Physicians can take a blood sample, consume it, and tell you what’s wrong with you. Baseline humans can leave behind the mundane and upload themselves into Heaven, never having to interact with the physical world again. Synthesists can tell you who you are and what you’re thinking just by reading outward physical topologies.

It’s a truly unique and bizarre world that Watts has created, but it’s also dark, cold and remorseless world in which you, as an individual, are either modified in one way or another or are left behind as a mundane baseline.

Watts wraps all this weirdness around the eight crew members of the Theseus, making them some of the more interesting characters I’ve encountered in recent memory. Not necessarily because of their individual natures, but how they interact as an immensely flawed crew of super-humans that have just crawled out of 1.5 years of crypt sleep. Having never really worked together as a crew they must unravel the enigma of Rorschach, the city-sized alien craft orbiting, and harvesting, an undiscovered gas giant well outside the solar ecliptic plane.

Setting aside Watts’ debatable thesis, the vibes given off by Blindsight is reminiscent of Alien plus Lovecraftian cosmic horror. Just like those stories, it soon becomes clear that the Theseus has been put between a rock and a hard place … or between a gas giant and a growing alien crown of thorns in the shape of the Rorschach.

Blindsight is one of the most challenging sci-fi books I’ve ever read … in a good way. It challenges the reader’s entire experience, piling on scientific and philosophical concepts so deep that you begin to wonder if you’re soon going to drown in them, or if Watts will ever resolve them. So no, it is not an easy and casual read, even for fans of the genre. Blindsight is an unforgiving hard scifi fan’s wet dream. The Notes and References section literally contains 133 references to back up the concepts in the book. A stat that will surely scare away many readers, much to their loss. 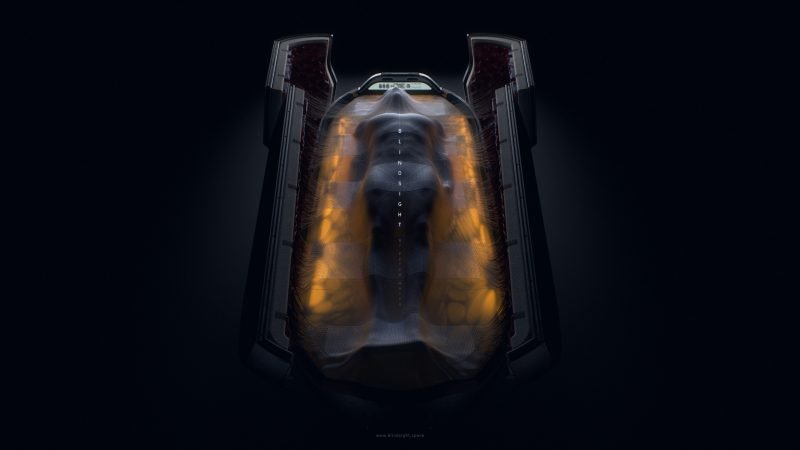 Blindsight is spartanly brilliant, sometimes epiphany inducing, but always intellectually challenging. Unfortunately some sections of Watts’ prose is problematic in describing the physical action that is driving some of the forward-moving elements of the plot. But it’s almost unnoticeable because the reader is too busy contemplating the last idea thrown in their face in between lulls in the action. I found myself going back and re-reading entire sections to make sure I absorbed even a fraction of the intent in Watts’ words. Blindsight is one of those few books that warrants, nay, almost necessitates, a second reading.

Now here’s the best part of Blindsight. It’s released under Creative Commons licensing and you can download various versions for free on Peter Watts’ own website: https://rifters.com/real/Blindsight.htm

Blindsight is a dark, brooding, almost oppressive story about alien contact, and comprehending the differences between the alien-ness of ourselves relative to those we encounter. It challenges the reader in many ways, but equally rewards those readers who are up for the challenge for their effort.

(Header and images from blindsight.space.)